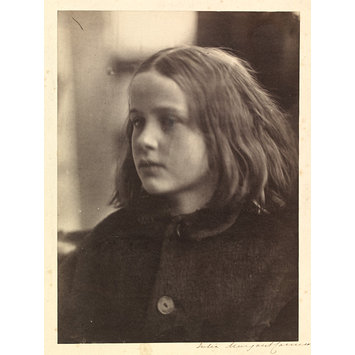 Julia Margaret Cameron made this portrait of Annie Philpot, the daughter of a family staying on the Isle of Wight, within a month of receiving her first camera. She inscribed some prints of it ‘My first success’. She later recounted, ‘I was in a transport of delight. I ran all over the house to search for gifts for the child. I felt as if she entirely had made the picture.’

A photograph of a young girl (Annie Philpot), showing head and shoulders with dark jacket with a rounded collar, buttoned to the neck.

Cameron made this portrait of Annie Philpot, the daughter of a family staying on the Isle of Wight, within a month of receiving her first camera. She inscribed some prints of it ‘My first success’. She later recounted, ‘I was in a transport of delight. I ran all over the house to search for gifts for the child. I felt as if she entirely had made the picture.’ 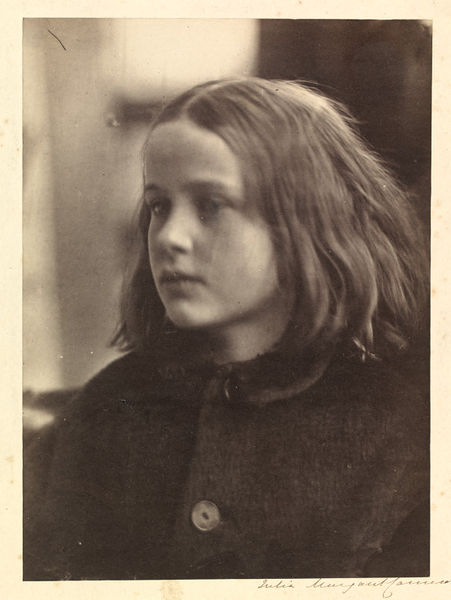