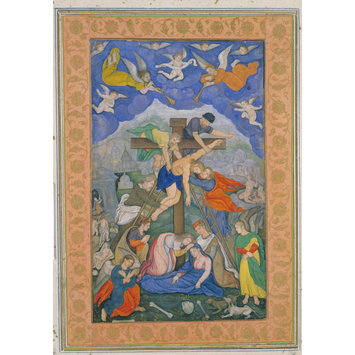 This painting was probably done for the Mughal emperor Jahangir (r.1605–1627) when he was still a prince living in the 1590s at Lahore, the northern capital of the Mughal empire, now in north-east Pakistan. The Jesuit Father Jerome Xavier, who was in Lahore at the same time, wrote in 1598 that the prince collected European paintings and prints and that he had seen the prince’s artists copying them. One of the images he saw them copying was a Descent from the Cross, a comparatively rare subject in Mughal painting. Although there is no evidence that this painting is precisely that mentioned by Jerome Xavier, it is of the same period. The composition is based on an engraving by Marcantonio Raimondi after a lost original by Raphael, and incorporates landscape details from other European sources.

The painting has been detached from a volume, otherwise intact and still at the V&A, known as the ‘Small Clive Album’. It is associated with Robert Clive, 1st Baron Clive of Plassey (1725–1774).

Painting, on album page, in opaque watercolour and gold on paper, a deposition from the cross with rejoicing angels, after a European original.

After a European original. 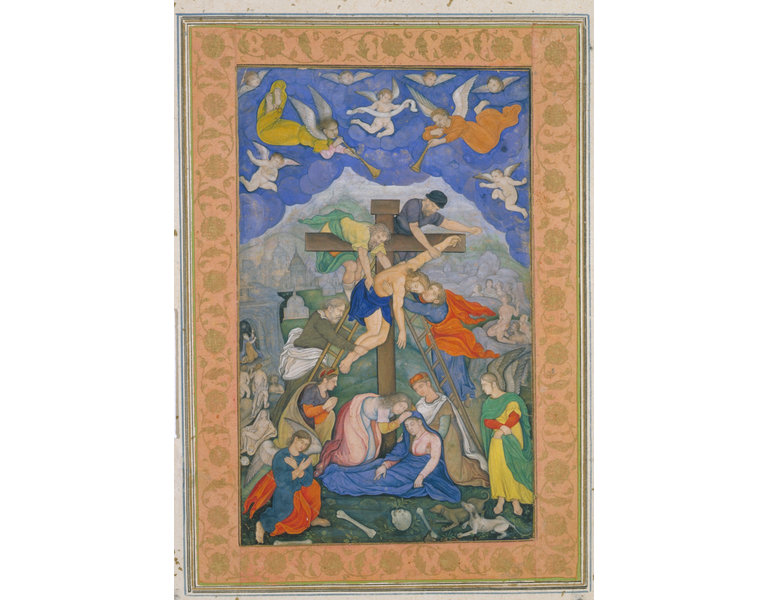