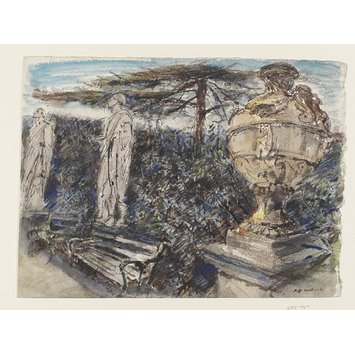 Chiswick House Garden, with statues of Caesar and Cicero, and Vase from Hadrian's Villa 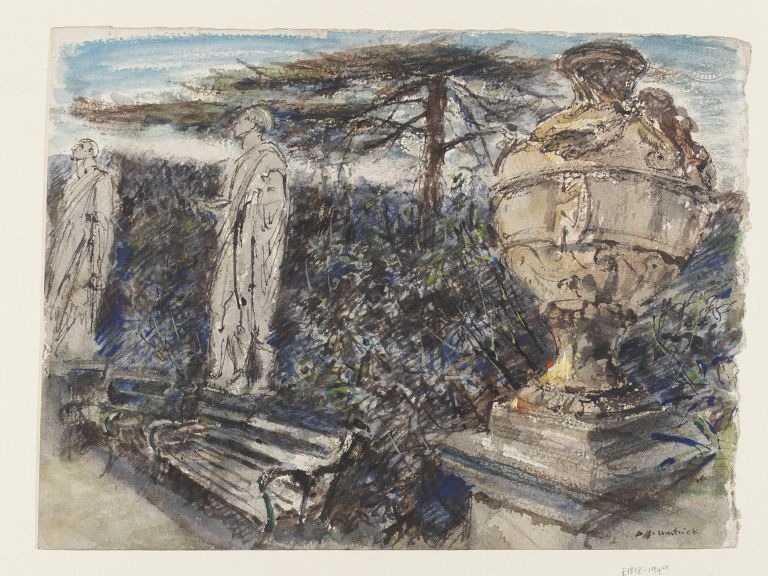