If you would like a larger file, or to use the image in other ways, contact our Licensing team.
No image available
We don’t have an image of this object online yet. V&A Images may have a photograph that we can’t show online, but it may be possible to supply one to you. Email us at vaimages@vam.ac.uk for guidance about fees and timescales, quoting the accession number: WE.7599-2014
Find out about our images
On display at V&A Wedgwood Collection
World of Wedgwood, Barlaston
Plan a visit

1773-1776 (made)
Each trial piece is marked with a number that corresponds to an entry in Wedgwood’s ‘Experiment Book’. Many pieces are impressed with the firing instructions, for example ‘TTBO’ for 'tip-top of biscuit oven’. Josiah’s life was dominated by innovation and experimentation, and he responded to every change in taste and fashion. The introduction of the Neo-Classical style by architects such as Robert Adam, a personal friend of Wedgwood and Bentley, turned Josiah back to his experiments. His aim was to make a new ceramic body which would be compatible with the delicate shades of Adam’s interiors and which would resemble the delicate white plaster work. The search for a new ceramic material absorbed much of Josiah’s time and energy from 1771 onwards. It proved an unpredictable new body with many of the initial trials failing. The composition was a closely-guarded secret and when Bentley asked to know the formula in February 1776, Wedgwood carefully sent him half the details, the remainder of the information was sent in a separate letter three days later. Industrial espionage was a very real and constant threat to manufacturers whose original ideas were frequently subject to theft by unscrupulous foreigners. On 1st January 1775 Wedgwood declared himself ‘absolute’ with his white jasper adding that he also had, ‘a beautifull Sea Green, and several other colours’, and that he was confident of being able to make pieces from the largest size to the smallest gems for rings. The name jasper, given to this new body, probably took its name from the natural mineral, which like its ceramic counterpart could range through a variety of colours. It took nearly 3,000 individual trials to perfect jasper, one of Josiah’s most important contributions to world ceramics. 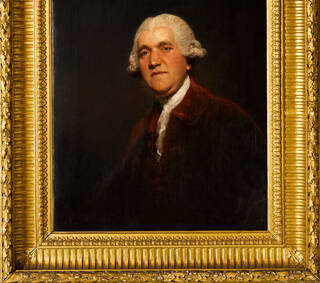 read Wedgwood: An introduction Wedgwood is one of the most recognisable names in British ceramics. For over 260 years the company has set trends, producing fashionable, desirable ceramics for a broad range of consumers. The company's founder Josiah Wedgwood I (1730 – 95) has been celebrated as a pioneer in manufacture, ...
Object details