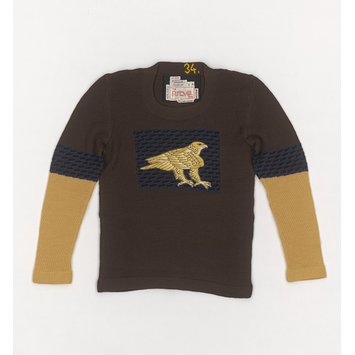 Sweater of multi-coloured machine-knitted acrylic with embroidered panels. In chocolate brown with an appliquéd embroidery motif of a golden eagle against a knitted black, blue and brown patterned rectangular background.

'THE Ritva / MAN' [within a rectangle]
Main label embroidered in red, on the neck

'AN Original BY / THE RITVA MAN'
Label embroidered in black and red, above the main label

'38'
Size label next to the main embroidered label in red

'34.'
Embroidered in yellow on the nape of the neck

Sweater from 'Artists' Collection' of multi-coloured machine-knitted acrylic, designed by Mike Ross, after a design by Elisabeth Frink, made by The Ritva Man, England, 1971

Designed by The Ritva Man (Mike Ross) in collaboration with Elizabeth Frink.
Attribution note: 34 of a limited edition of 150. 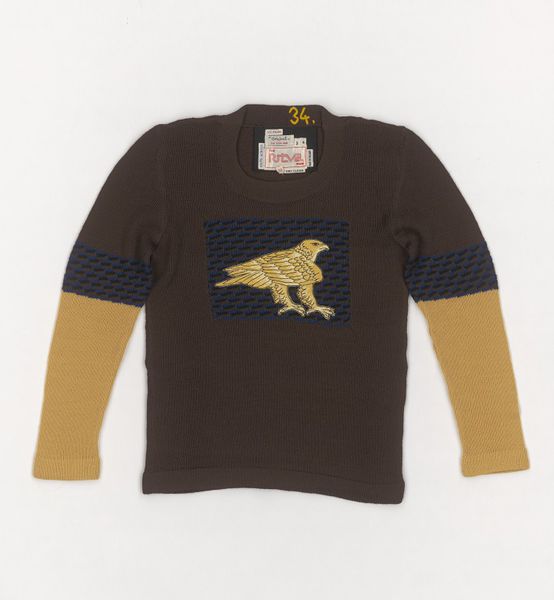