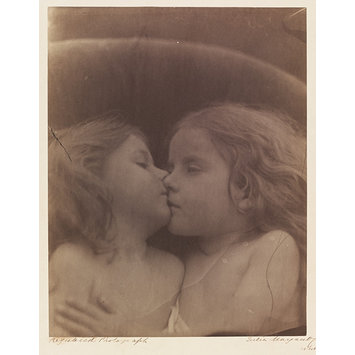 The streaks, swirls and bubbles produced by the unevenly coated negative give the print a watery effect and the two embracing sisters appear to be floating. The title might refer to Sir John Herschel’s astronomical research on double stars, as well as to the title of a hymn by Horatius Bonar (1808-1889)

The double Star
Recto in ink by JMC at bottom centre

The streaks, swirls and bubbles produced by the unevenly coated negative give the print a watery effect and the two embracing sisters appear to be floating. The title might refer to Sir John Herschel’s astronomical research on double stars, as well as to Christ and John the Baptist. 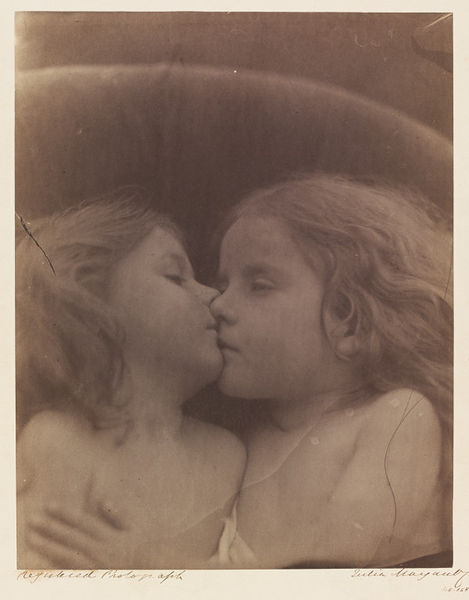