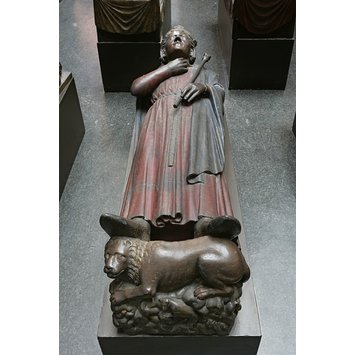 Effigy of King Richard I of England

After his death, Richard I had parts of his body buried separately. His heart was buried at Rouen in Normandy. This cast is made from the stone effigy that marked its burial. It was probably created at the same time as the nearby Fontevrault casts to form a collection of copies of effigies of English kings and queens displayed at the Crystal Palace between 1854 and 1936.

Plaster cast of the effigy of King Richard I of England (Richard the Lionheart), commemorating the burial of the King's heart.

(probably), made)
France (Original, made)

Copy of an effigy of Richard I made in plaster, probably in London in 1852-54 and given by the Trustees of the Crystal Palace in 1938. The original was made in polychrome stone in France about 1250 to commemorate the burial of his heart. The effigy is from Rouen Cathedral.

Plaster cast of an effigy of Richard I probably made in London in 1852-54. The original was made in France about 1250.

After his death, Richard I had parts of his body buried separately. His heart was buried at Rouen in Normandy. This cast is made from the stone effigy that marked its burial. It was probably created at the same time as the nearby Fontevrault casts to form a collection of copies of effigies of English kings and queens displayed at the Crystal Palace between 1854 and 1936. 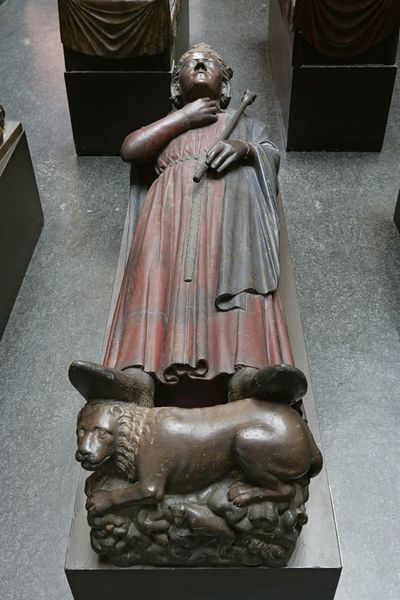