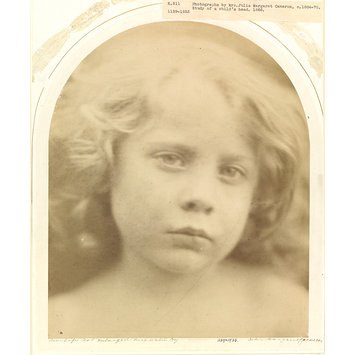 Study of the face of a young child (Freddy Gould) from the shoulders up. 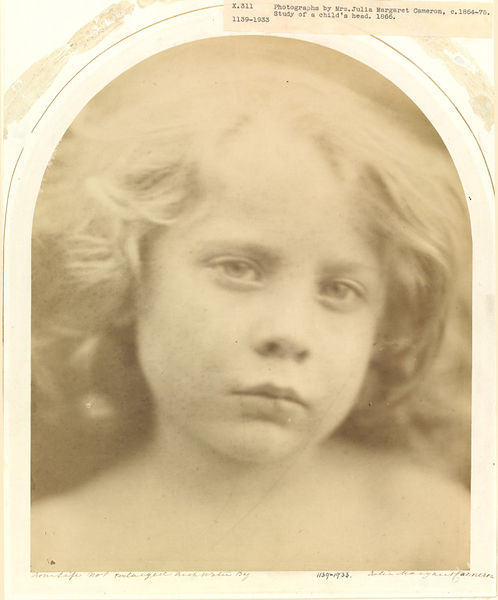