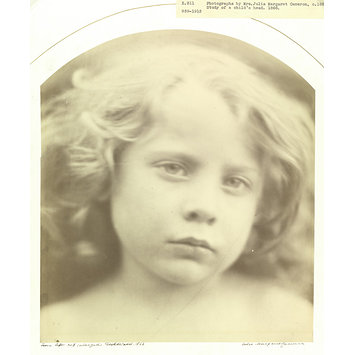 Photographic study of the face of a young child (Freddy Gould). The child, who has loose curly fair hair, looks directly at the viewer. 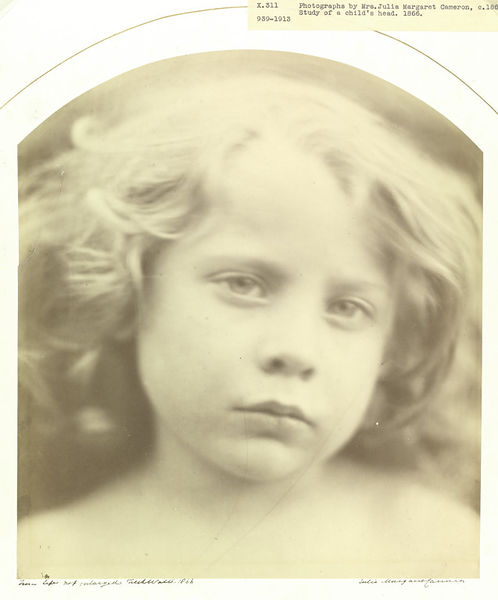