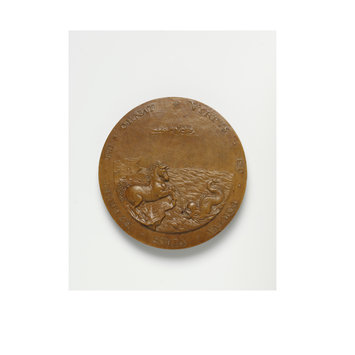 The portrait is linked with a painting of the same sitter by Hans Holbein the Younger (b. 1497-8; d. 1543) in Dresden. It might have been made when Solier was serving as the French ambassador in London and could have sat for Holbein, then court artist to Henry VIII.
It seem likely that Weiditz used Holbein's image as the basis for his piece. This is the only known piece by Weiditz based on the work of another artist.
Charles de Solier was born in 1480, and the carving gives his age as 50. He was from a Piedmontese family and in his youth served as a page at the court of Charles VIII of France, and later became a courtier to Francis I. In 1534 he was Francis's ambassador at the court of Henry VIII.

Medallion depicts on the obverse the bust looking to the left of Charles de Solier. Inscription. Reverse a horse prancing on a sea shore; below a dolphin. Inscription.

Provenance: Salting Bequest. George Salting (b. 1836; d. 1909), an Australian who settled in England, bequeathed a large collection of works decorative art to the Museum in 1909.

Suhle suggested that the horse on the reverse symbolises virtue, while the dolphin represents fortune. 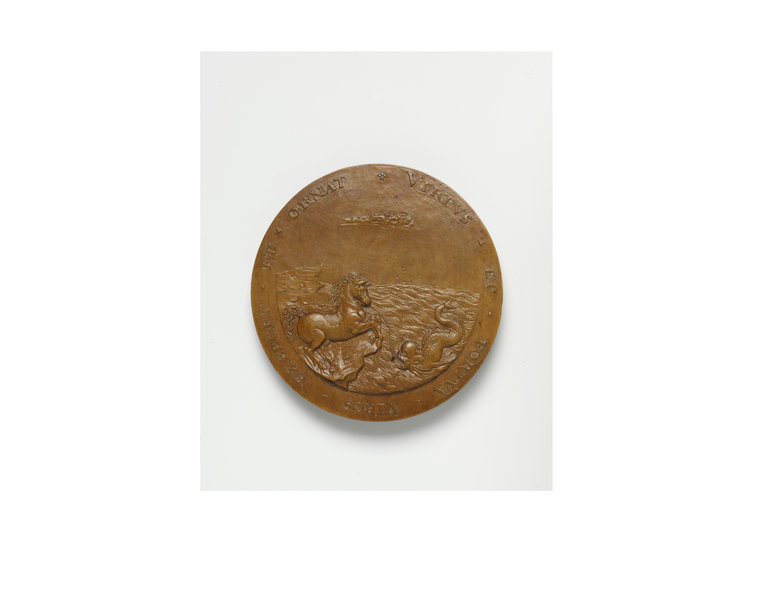