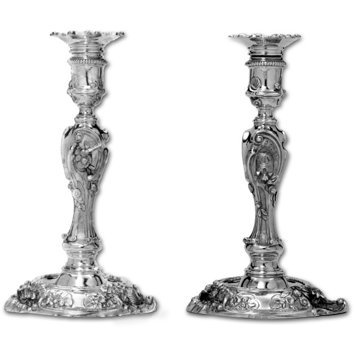 A silver candlestick (one of a set of four) on a baluster stem cast with scrollwork enclosing three leaf vignettes, a bee at the entrance to the hive, a bee on a flower-spray and a dragonfly on the head of a flower, the domed bases with swirling scrollwork rims with shells at intervals, the shells headed by sprays of flowers, one enclosing a beehive, one applied with a bee above a flower spray, one with a butterfly on a flower, the bases with two versions of flowers, guilloche inner borders, the campana sconces decorated with rococo shells, the detachable nozzles with matching rims of scrolls issuing flowers, leaves and shells, marked on outside rims of bases. The swirling Rococo form is based on designs by Meissonnier, with a soft triangular foot with cast and chased flowers, insects and swirls. 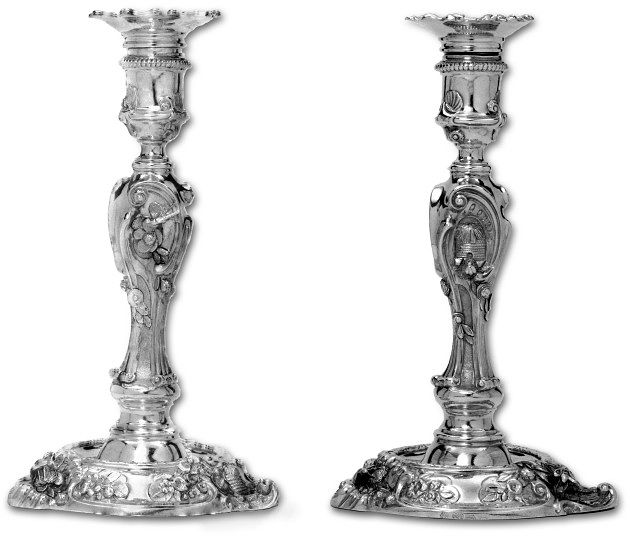