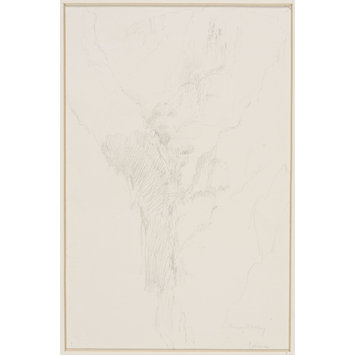 Richard Dadd, page 64 from Middle Eastern sketchbook; sketch of a steep valley with cliffs on either side, Lebanon 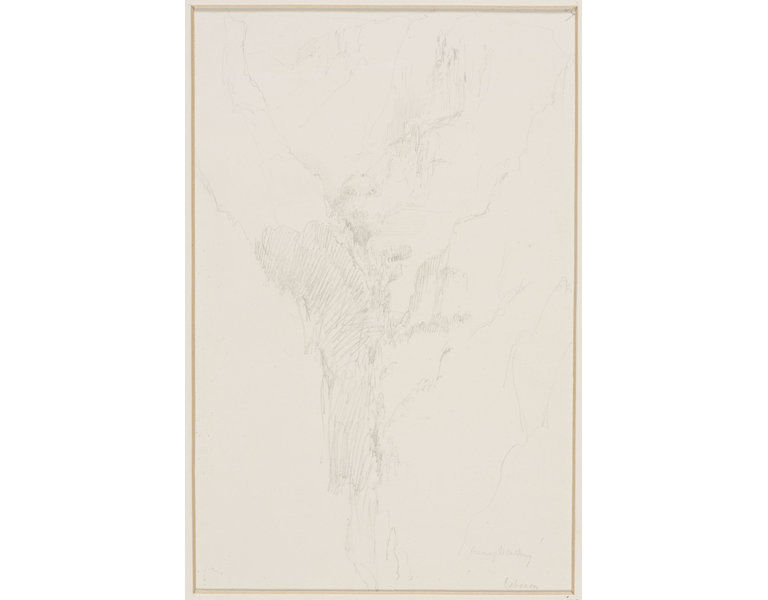