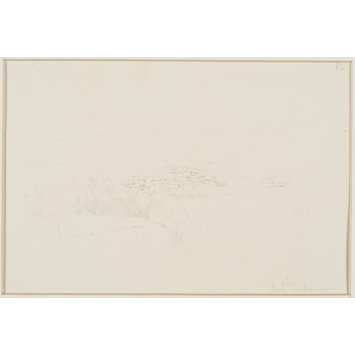 Richard Dadd, page 82 from Middle Eastern sketchbook; sketch of a group of buildings with hills and mountains in the distance and trees and foliage in the foreground, Anti-Lebanon 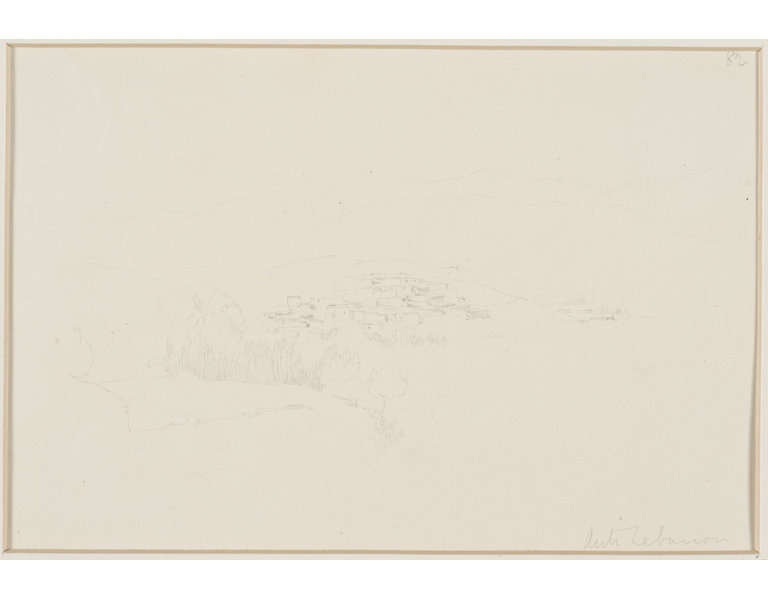