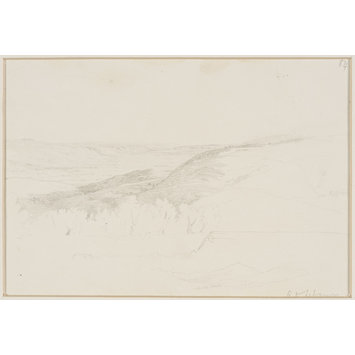 Richard Dadd, page 84 from Middle Eastern sketchbook; view of a mountain range with a valley leading into the distance and a small sketch of a hilly landscape, Anti-Lebanon 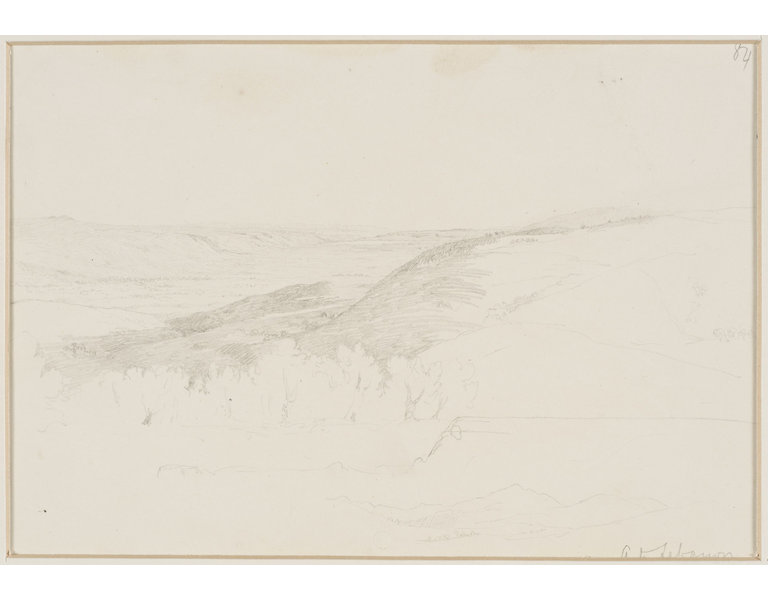