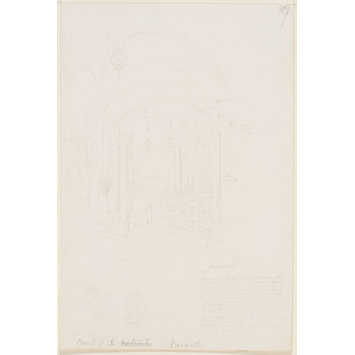 Chapel of the Nativity Nazareth
Lettered in pencil with strikthrough

Richard Dadd, page 86 from Middle Eastern sketchbook; sketch of the interior of a chapel with an altar, Nazareth, Israel 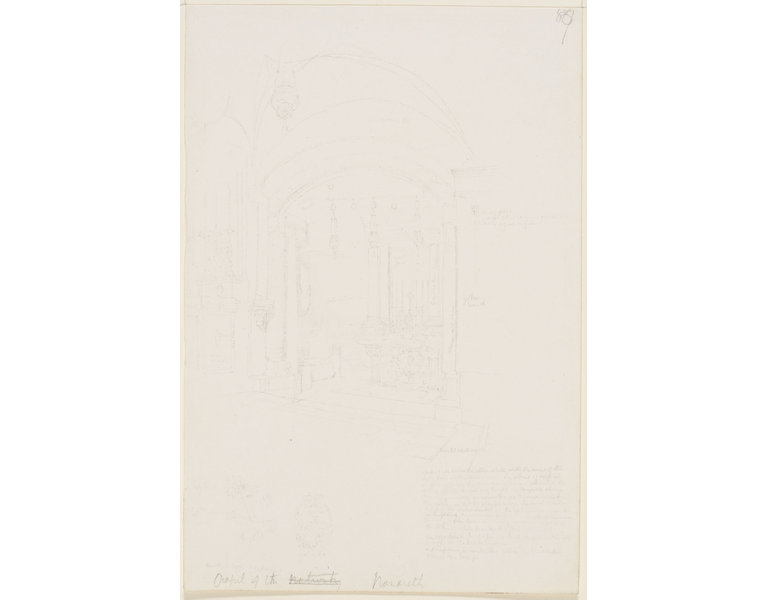