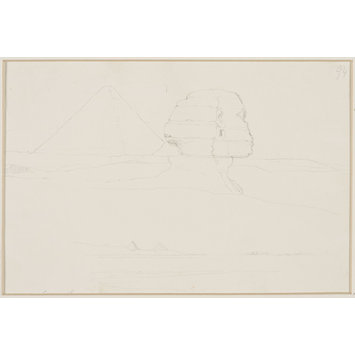 Richard Dadd, page 94 from Middle Eastern sketchbook; a view of the Great Sphinx of Giza in profile with the pyramids beyond and a second sketch of the pyramids, Giza, Egypt 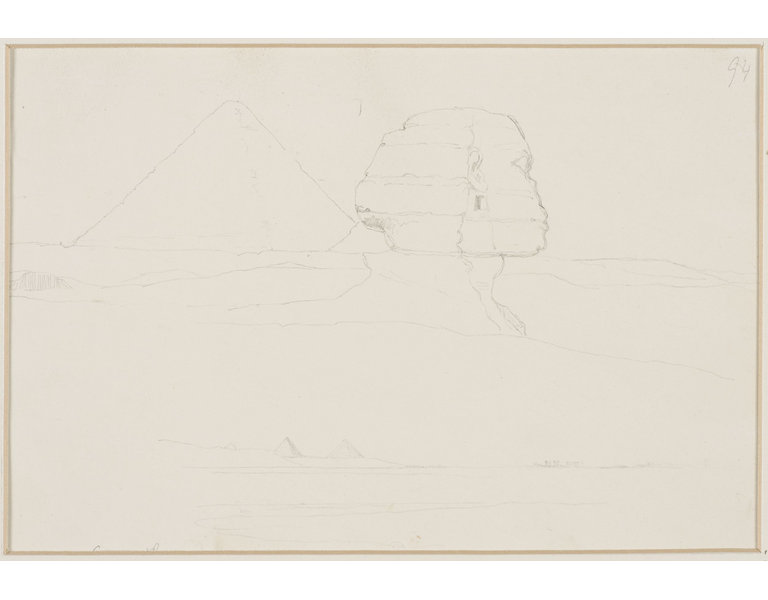