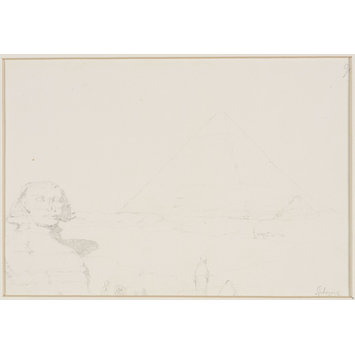 Richard Dadd, page 96 from Middle Eastern sketchbook; sketch of the Great Sphinx and the pyramids at Giza, with five figure studies below, Giza, Egypt 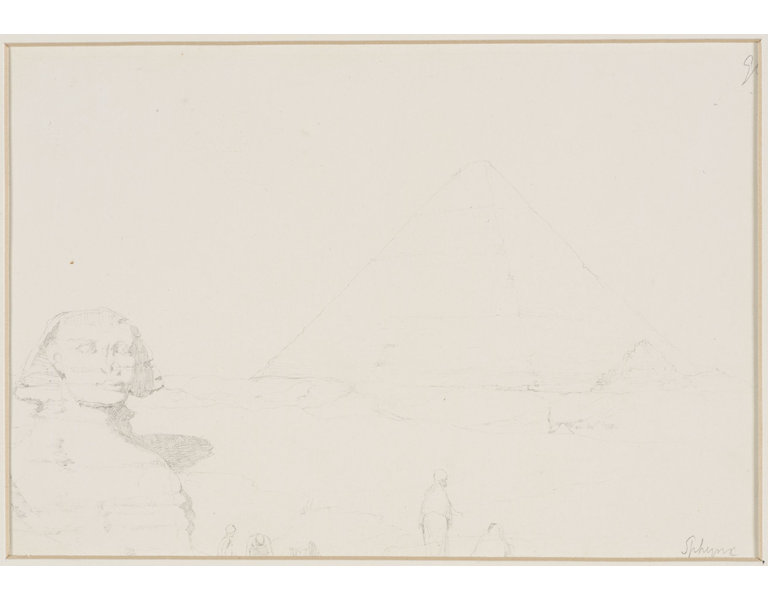