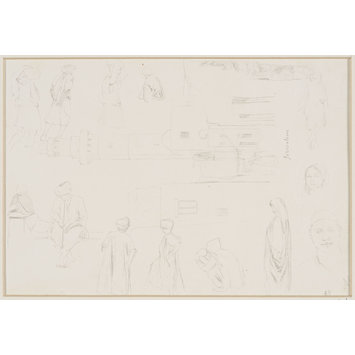 Richard Dadd, page 97 from Middle Eastern sketchbook; various figure studies and a view of a street with a minaret rising above, Jerusalem and Alexandria 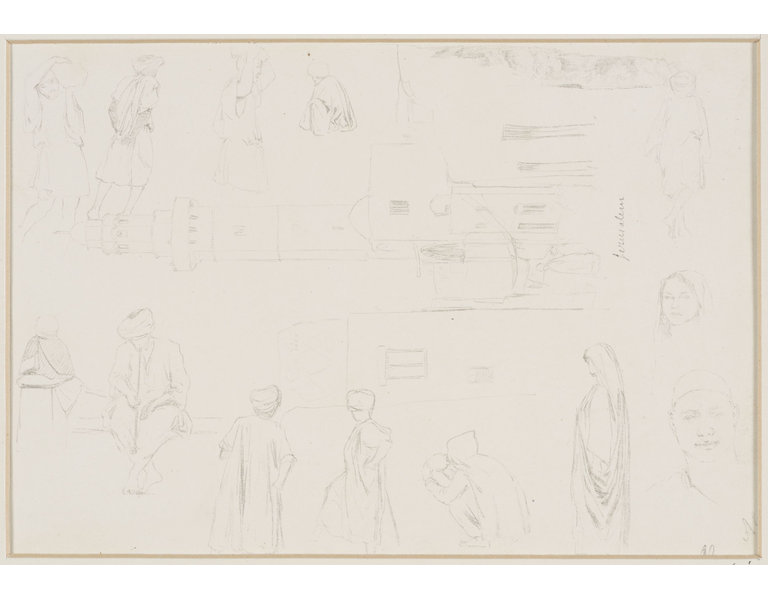