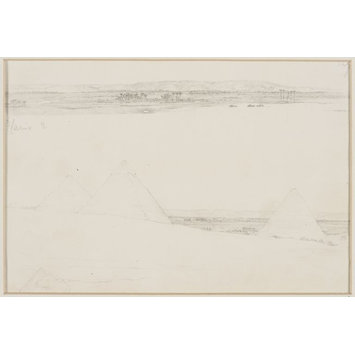 Richard Dadd, page 129 from Middle Eastern sketchbook; view of the Pyramids of Giza and the Nile, with two views of the pyramids on the reverse, Egypt 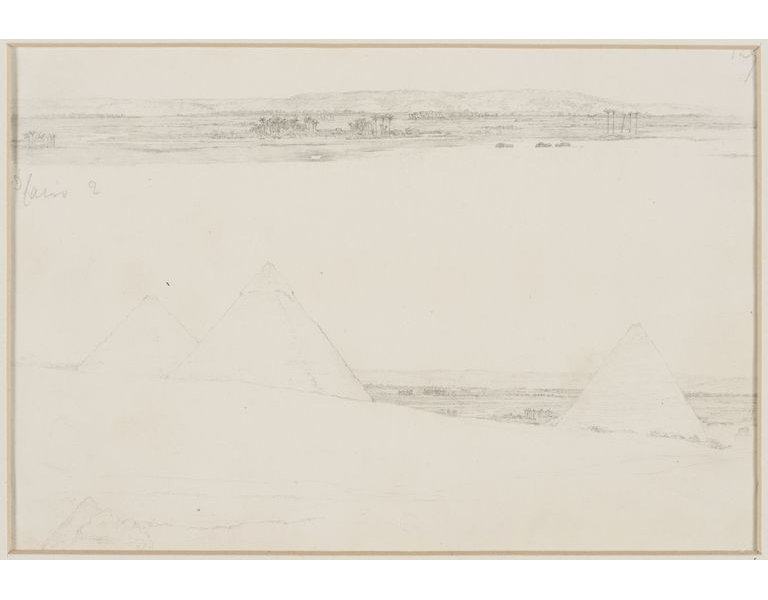