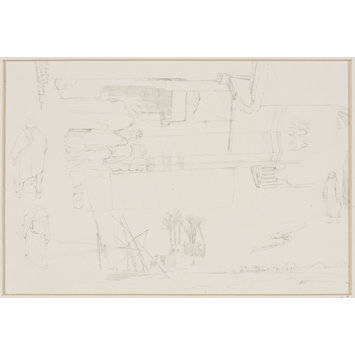 Cairo
Lettered in the top left of the page

all half tone / but figures in [?] and the sky
Lettered on left hand drawing

Richard Dadd, page 137 from Middle Eastern sketchbook; various sketches of a street scene, a landscape with the pyramids, four figure studies and a view of the Nile with palm trees, Cairo, Egypt 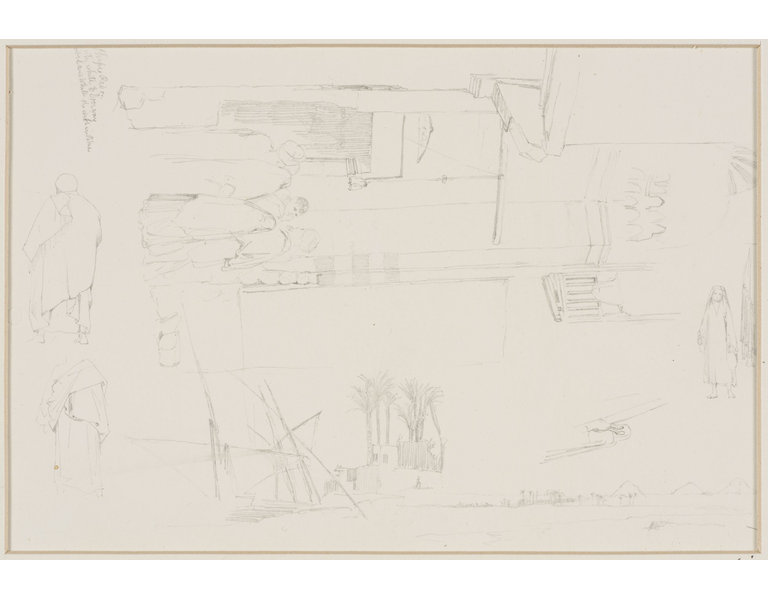