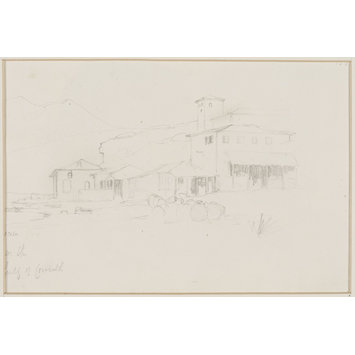 Richard Dadd, page 156 from Middle Eastern sketchbook; sketch of buildings with urns/vessels stacked infont, with a watercolour sketch on the reverse, Gulf of Corinth 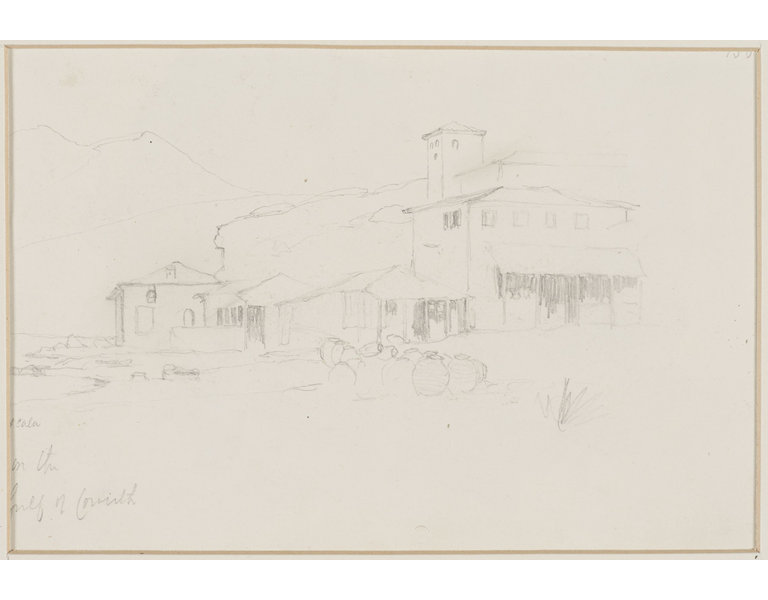