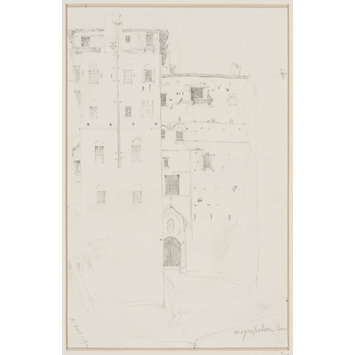 Richard Dadd, page 157 from Middle Eastern sketchbook; sketch of the façade of a convent with various sketches of figures and cooking pots on the reverse, Greece 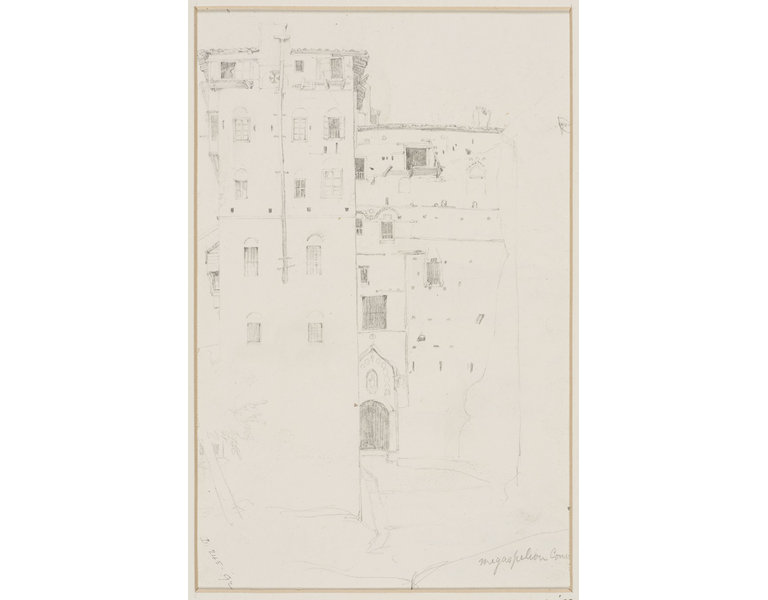