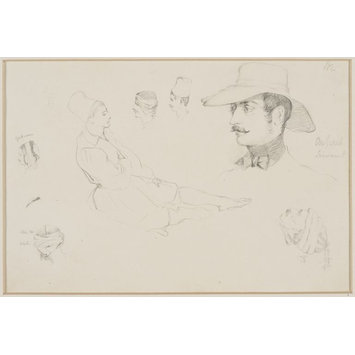 Pencil drawing on paper. Head of 'Our Greek Servant'; 5 other heads and detail of headdress; 1 figure; colour notes

Our Greek servant
Annotated in pencil, by portrait of a man

Richard Dadd, page 162 from Middle Eastern sketchbook; sketch of a Greek figure and various studies of heads, including a man's portriat annotated 'Our Greek servant', Greece 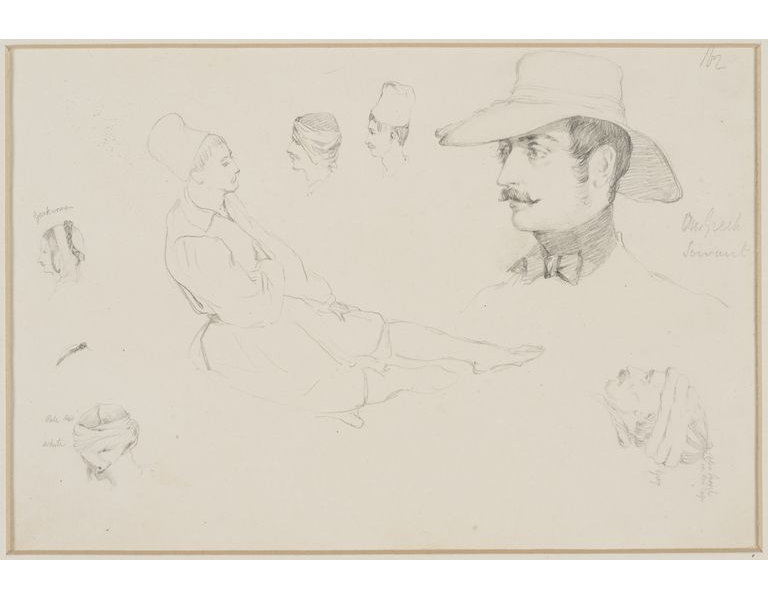