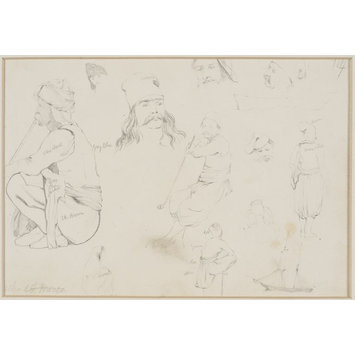 Greeks of the Morea
Lettered in pencil by Sir Thomas Phillips, with crossing out

Richard Dadd, page 164 from Middle Eastern sketchbook; figure studies and a sketch of a ship, on the reverse a view of Ermoupolis, Syros, Greece 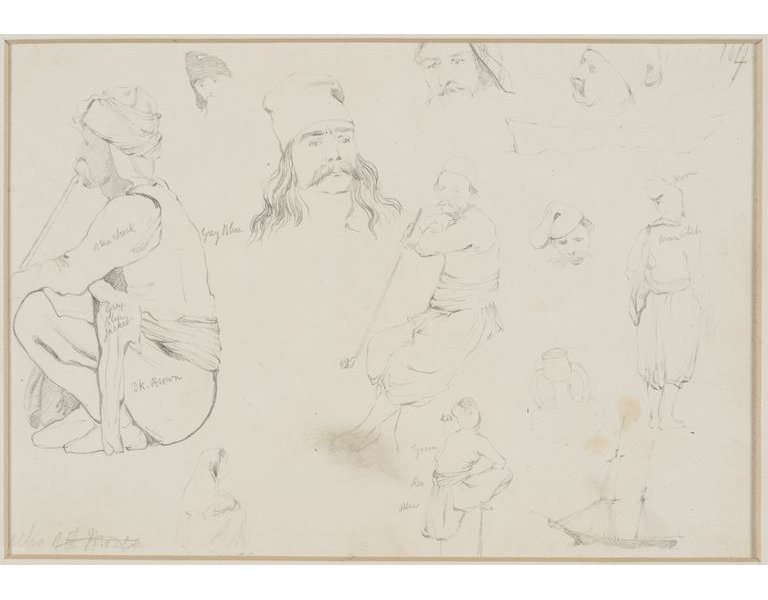