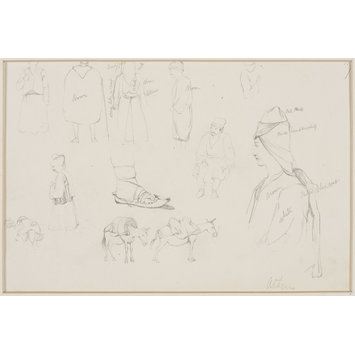 Pencil drawing on paper. Head and shoulders of a man; 8 figures and details; detail of footwear; 2 mules; colour notes 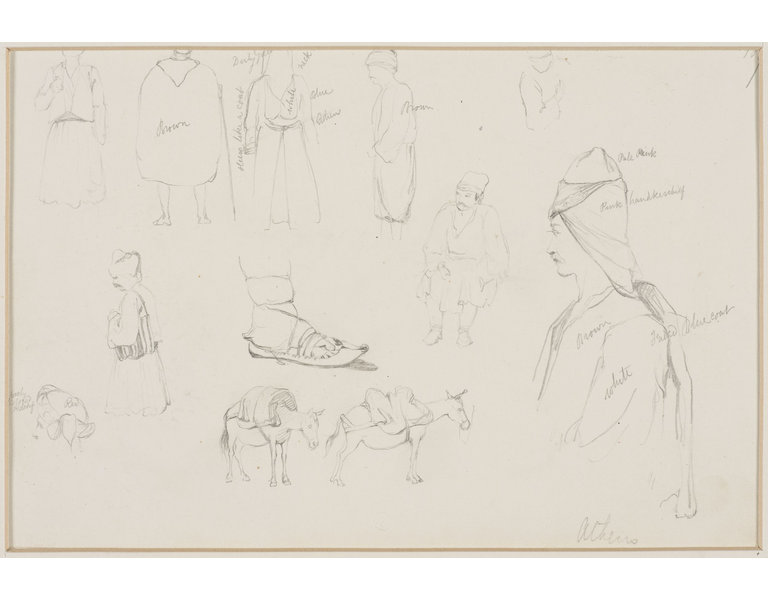