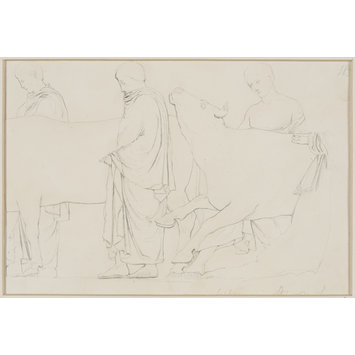 oleander
Annotation to botanical study on the reverse

Richard Dadd, page 183 from Middle Eastern sketchbook; sketch of a bull and figures from a relief at the Acropolis, with a botanical study of an oleander plant on the reverse 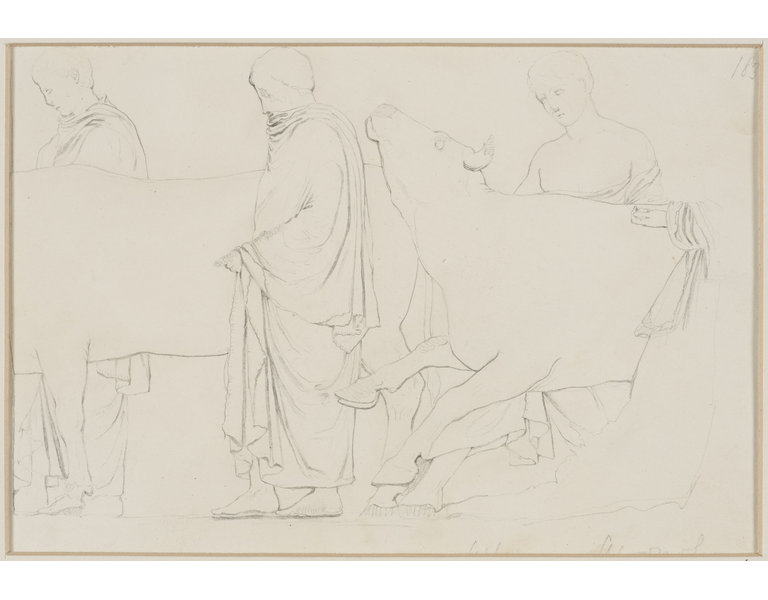