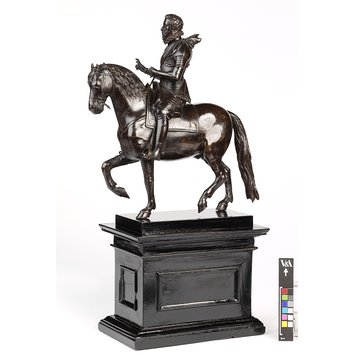 Bronzes often exist in a number of versions, made over many decades or even centuries. This is achieved through a variety of means, such as changes in the wax, new moulds taken from an existing bronze or the reuse of the existing model. The horse and the armoured body of the rider are identical but the heads are cast separately, so that the sculptor could reuse the basic models for different patrons. Hubert Le Sueur was the son of a master armourer. He became 'Sculptor in Ordinary' to Louis XIII of France in 1614 and later came to England to work for Charles I.

Bronze statuette of King Philip III in armour, on horseback.

Historical significance: The horse and the armoured body are identical to those of the statuette of King Louis XIII of France signed by Le Sueur which appeared on the London art market in 1976. The head, portraying King Philip III of Spain, corresponds approximately to that on the equestrian monument commissioned from Giambologna in 1606 which was cast by Pietro Tacca in Florence and finally sent to Madrid in 1616. The head and ruff are cast separately, a method of facture which probably originated in Tacca's workshop to enable basic models to be reused for different patrons. 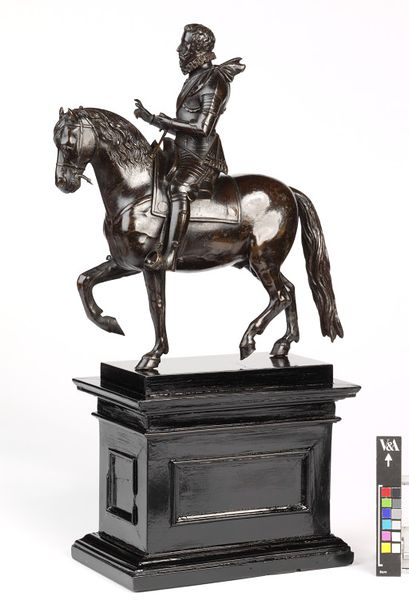