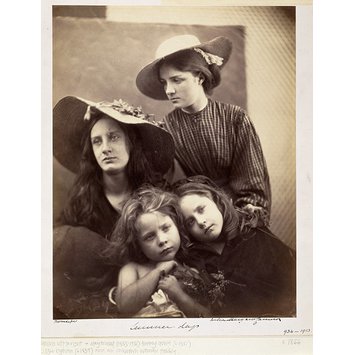 Cameron’s ability to capture large groups improved with experience as well as with the use of her new, larger lens. Her friend and photographic advisor, the scientist Sir John Herschel, wrote that this picture was ‘very beautiful, and the grouping perfect.’

Cameron’s ability to capture large groups improved with experience as well as with the use of her new, larger lens. Her friend and photographic advisor, the scientist Sir John Herschel, wrote that this picture was ‘very beautiful, and the grouping perfect.’ 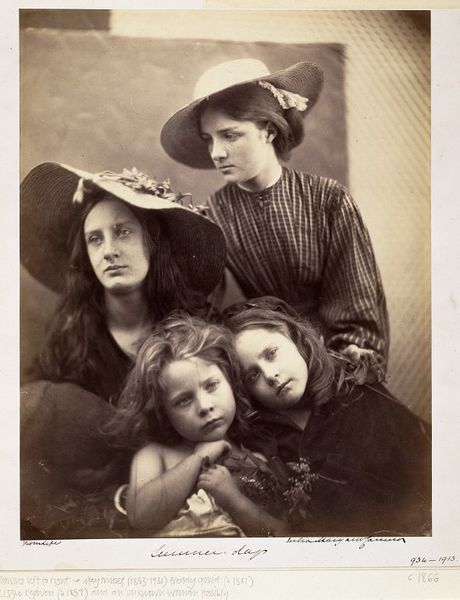