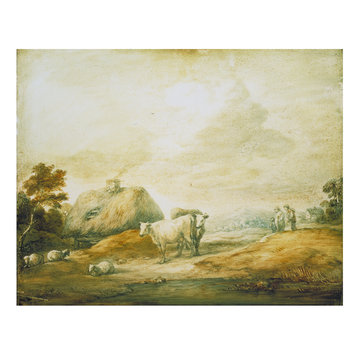 Gainsborough painted many landscapes depicting cottagers and their animals in a highly idealised state of rustic contentment. They express his nostalgia at a time of rapid change in rural areas.

This is catalogue no. 177 in John Hayes "The Landscape Paintings of Thomas Gainsborough: A Critical Text and Catalogue Raisonne" (1982).

Notes taken from Hayes, cat. no. 177:
"A scene of rustic contentment, with sheep recumbent in front of a cottage with a smoking chimney, and a peasant family looking over towards the two cows which dominated the foreground." 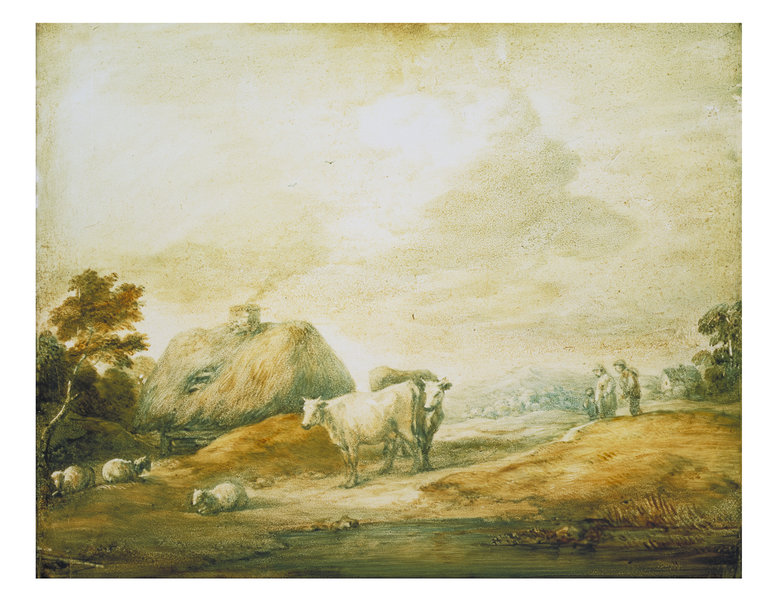