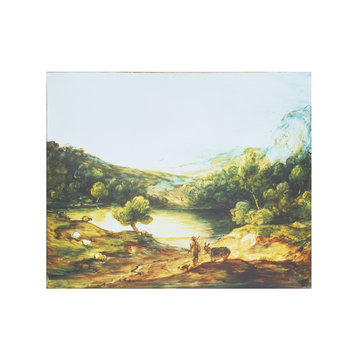 In 1824 a reviewer wrote the following description of this oil painting. 'A moonlight scene. The moon has just risen above the hills and is brilliantly reflected in the rippling stream. A few sheep scattered in the fore-ground add great beauty to the stillness of the scene'.

This is catalogue no. 172 in John Hayes "The Landscape Paintings of Thomas Gainsborough: A Critical Text and Catalogue Raisonne" (1982).

Notes taken from Hayes, cat. no. 172:
A drawing in a private collection (illustrated Hayes, fig.172a) may have been a study for this transparency, but could equally well have been executed from it subsequently. As in many of the transparencies that have survived, the composition is dominated by a prominent sheet of water, here brilliantly lit by moonlight - an effect, suited to the medium, and not found in Gainsborough's landscapes in oil on canvas. 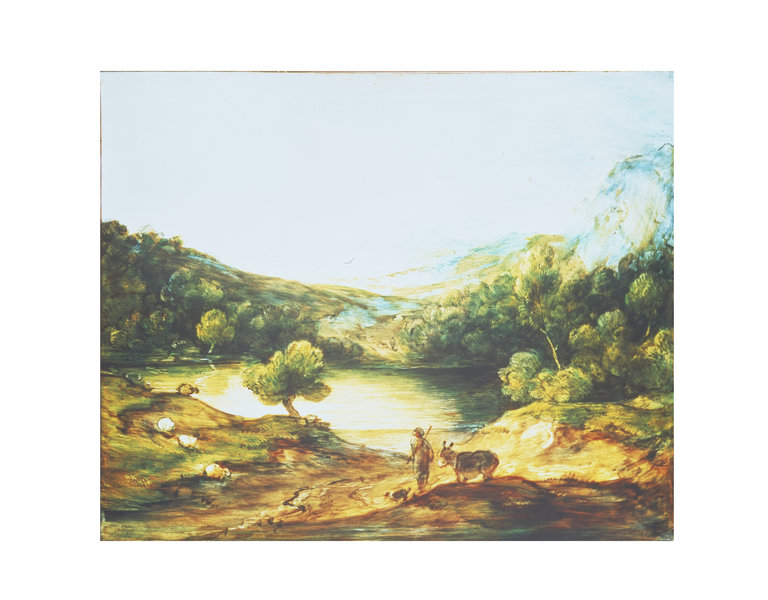