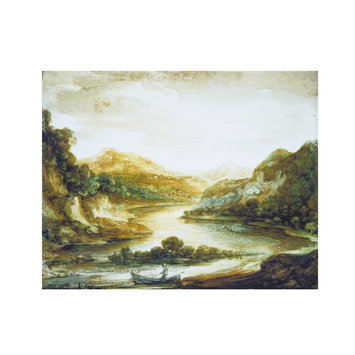 This is a picturesque but artificial landscape. In it Gainsborough uses rocky outcrops of scenery to emphasise the character of the winding river. He transposed the motif of a fisherman at work with a net from his coastal scenes.

This is catalogue no. 155 in John Hayes "The Landscape Paintings of Thomas Gainsborough: A Critical Text and Catalogue Raisonne" (1982).

Notes taken from Hayes, cat. no. 155:
The development of the design in a series of coulisses [side scenes in theatre] can be paralleled in a number of landscapes of this period... but this is the first case in which the middle distance is not filled by trees and in which the winding course of the river dominates the composition. The fisherman netting is a motif developed from Gainsborough's coastal scenes.

In this picturesque but artificial landscape,
Gainsborough emphasised the spatial character
of the winding river by rocky outcrops of scenery.
The motif of a fisherman at work with a net was
transposed from the artist's coastal scenes. 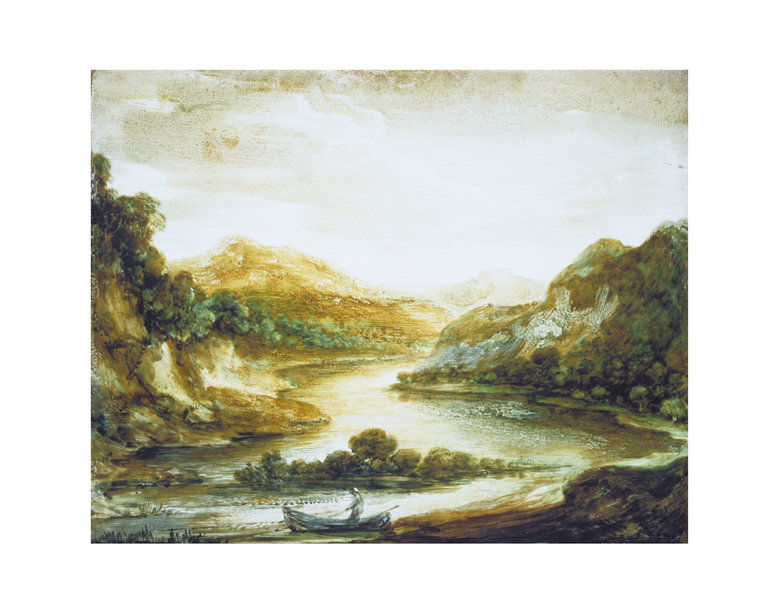