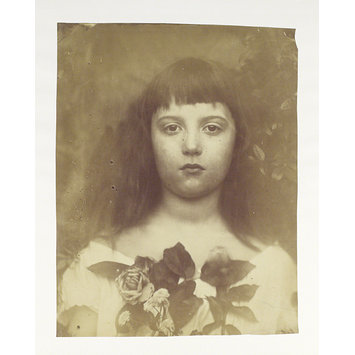 In this strikingly modern portrait, Julia Margaret Cameron’s great niece Florence Fisher gazes directly at the camera. Her frontal pose and the strong contrast between her pale skin and her dark hair and eyes gives the picture a starkness not softened by the surrounding foliage and flowers.

A photograph of a frontal three quarter length portrait of a young girl (Florence Fisher) wearing a light-coloured dress and holding roses.

In this strikingly modern portrait, Cameron’s great niece Florence Fisher gazes directly at the camera. Her frontal pose and the strong contrast between her pale skin and her dark hair and eyes gives the picture a starkness not softened by the surrounding foliage and flowers.

Though this particular print is not titled Julia Margaret Cameron inscribed the carbon copy of the same photograph "Florence". 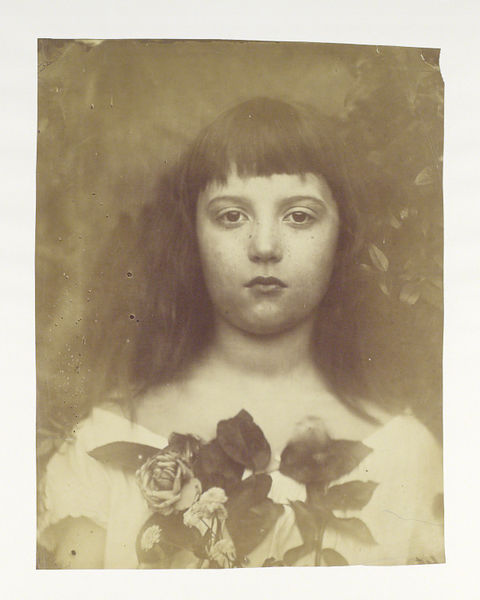