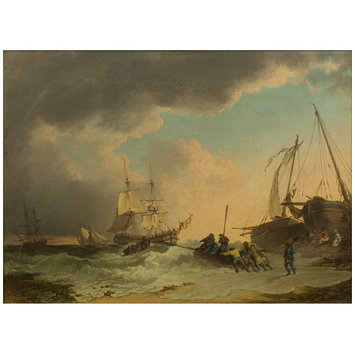 This painting is called by the museum simply A Sea Piece. A note on the Departmental File comments, "Showing a Hastings or Brighton South Coast fishing-boat", although no evidence is provided for this statement. In fact, the aquatint based on this design, with minor variations, by Joseph Constantine Stadler, was entitled Fishermen going out at Worthing. It was plate 6 in Picturesque Scenery of Great Britain (published by R. Bowyer, London, 1801), which comprised six large aquatint views engraved entirely after paintings by de Loutherbourg. 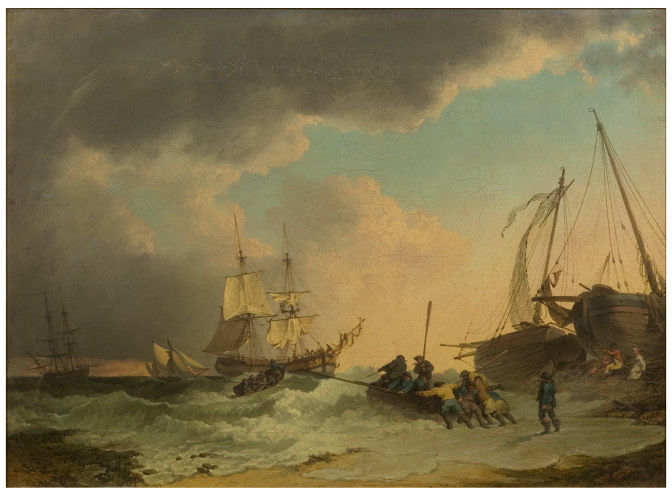