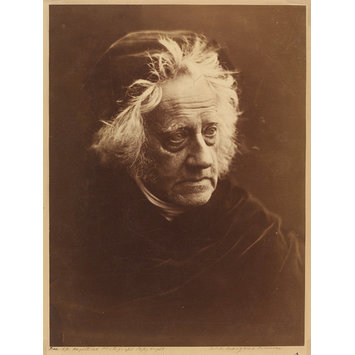 Sir John Herschel was an eminent scientist who made important contributions to astronomy and photography. Cameron wrote of this sitting, ‘When I have such men before my camera my whole soul has endeavoured to do its duty towards them in recording faithfully the greatness of the inner as well as the features of the outer man. The photograph thus taken has been almost the embodiment of a prayer.'

Another motive when Cameron photographed her intellectual heroes was to earn money from prints, since her family’s finances were precarious. Within her first year as a photographer she began exhibiting and selling through the London gallery Colnaghi’s. Cameron sent Herschel, already regarded in his own time as an eminent scientist, mounts which he signed for her, increasing the commercial desirability of the portrait.

Photograph of a man, including the head and shoulders (Sir John Frederick William Herschel). He wears a black cape and cap with a white neck tie or scarf. He looks out of the portrait to his left. 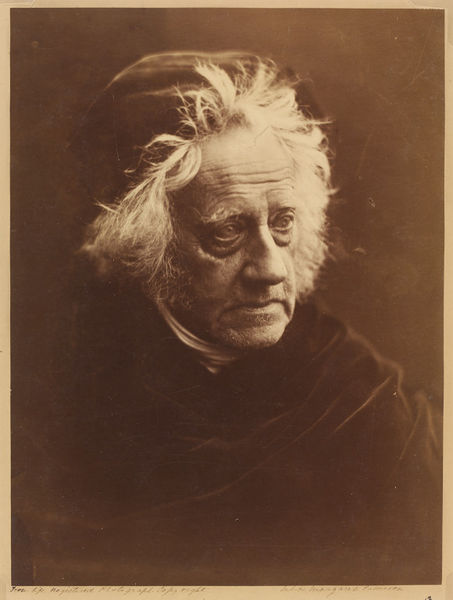