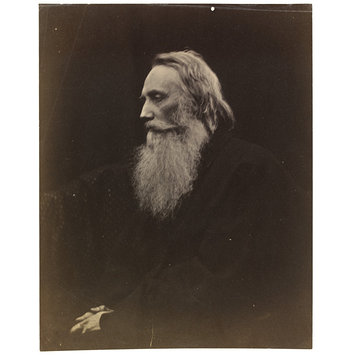 Photograph of a man (Sir Henry Taylor) in profile. Taylor is seated, hands folded at his lap. He is wearing a dark coat and is sitting in front of a dark background. 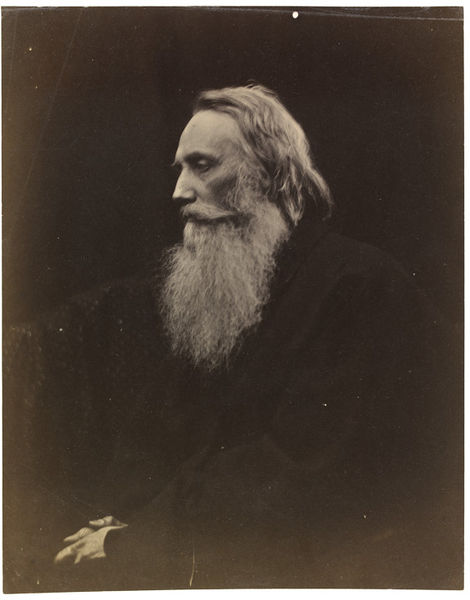