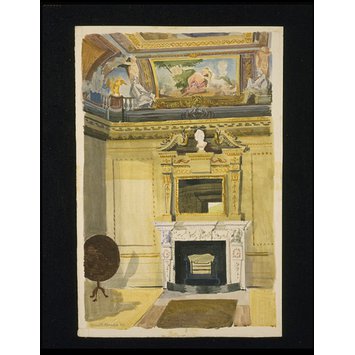 Interior of The Temple, Rievaulx Terrace, Yorkshire, watercolour, showing the corner of a grandly decorated room with an ornate fireplace, finely decorated mirror over it, and painted ceiling.

'Kenneth Rowntree '40'
Signed and dated in pencil at lower left 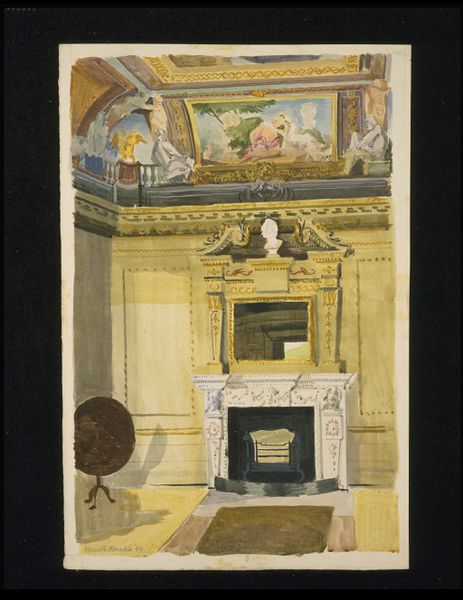