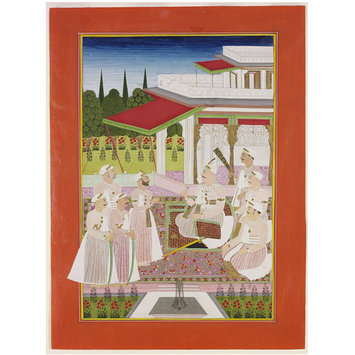 Following the death of the emperor Aurangzeb, the Mughal empire began to fall apart and regional courts gradually developed their own artistic identities. During the reign of the emperor Muhammad Shah (1719-48) a noble of the court called Nizam al-Mulk became disillusioned by the prevailing anarchy and in 1724 left for the Deccan. Within a year he had brought the whole of the Mughal-ruled Deccan under his control and the following year was given the title of Asaf Jah and the right to independent rule by the emperor. This portrait depicts Nawab Sikandar Jah, one of his successors, who ruled from 1803-1829, giving audience to four ministers, and was done in Hyderabad in about 1810.

Painting, in opaque watercolour on paper, Nawab Sikander Jah, the Nizam of Hyderabad (1803-1829) having a meeting with four ministers. A nizam is one of a line of sovereigns of Hyderabad, reigning from 1713 to 1950. He is shown with his jewellery, richly decorated dagger and sword, all emblems of his position. 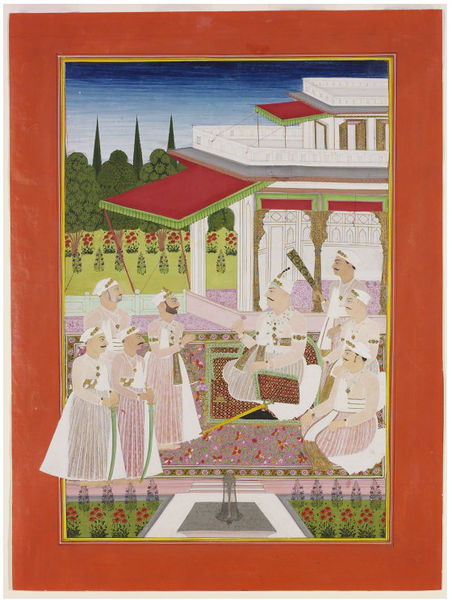