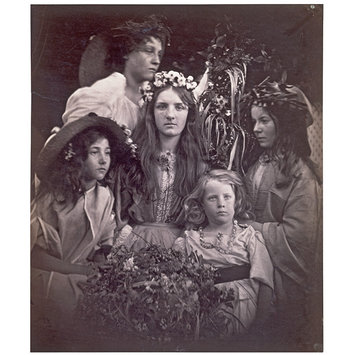 A photograph of three young women (Kate Keown, Mary Hillier and Mary Ryan) and two children (Freddy Gould and unknown girl) surrounding a floral arrangement. The woman in the centre of the frame is wearing a flower garland.

This is an illustration to Tennyson’s poem ‘The May
Queen’ (1832). The subject is the English rural custom
of celebrating May Day with the crowning of a young
and beautiful girl as the Queen of the May. As usual,
Cameron’s models are her servants and members of
her family. 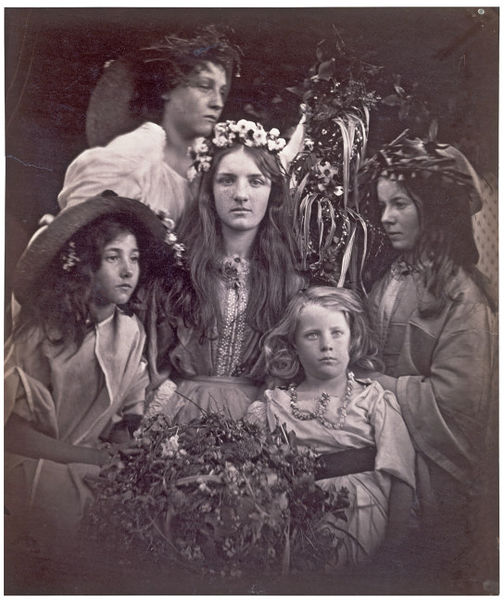