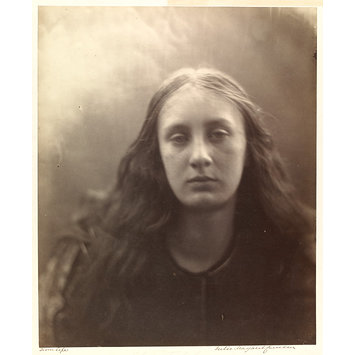 In the poem by Samuel Taylor Coleridge, Christabel is a virtuous maiden who is put under a spell by an evil sorceress. Cameron wrote of photographs such as this, ‘When coming to something which, to my eye, was very beautiful, I stopped there instead of screwing on the lens to the more definite focus which all other photographers insist upon’.

A photograph of a woman (May Prinsep), from the shoulders up, with loose hair

In the poem by Samuel Taylor Coleridge, Christabel is a virtuous maiden who is put under a spell by an evil sorceress. Cameron wrote of photographs such as this, ‘When coming to something which, to my eye, was very beautiful, I stopped there instead of screwing on the lens to the more definite focus which all other photographers insist upon’. 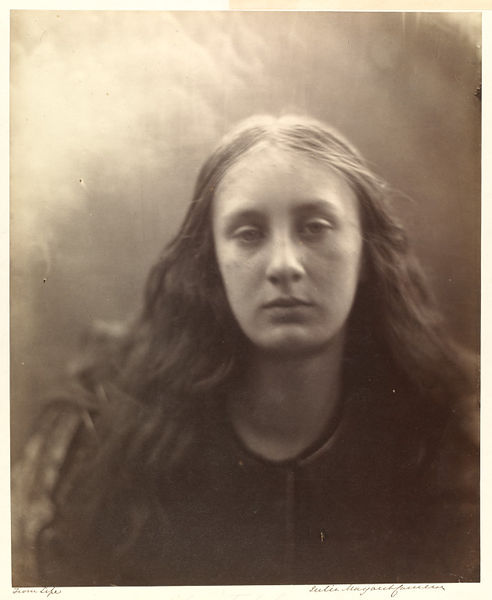