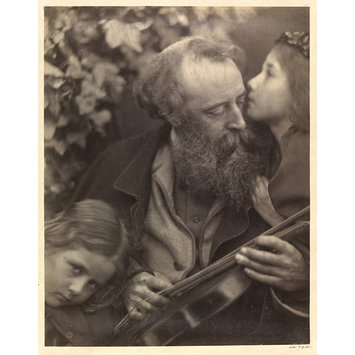 Whisper of the Muse

Cameron considered her close friend the painter and sculptor G.F. Watts to be her chief artistic advisor. She wrote of this period, ‘Mr. Watts gave me such encouragement that I felt as if I had wings to fly with.’ Here she transforms him into a musician, perhaps to symbolise the arts in general, rather than showing him specifically as a painter. Kate Keown, the girl on the right, whispers inspiration.

Cameron considered her close friend the painter and sculptor George Frederick Watts her chief artistic advisor. Here she transforms Watts into a musician, making him a symbol of the creative artist rather than showing him specifically as a painter. Kate Keown, the girl on the right, whispers inspiration. 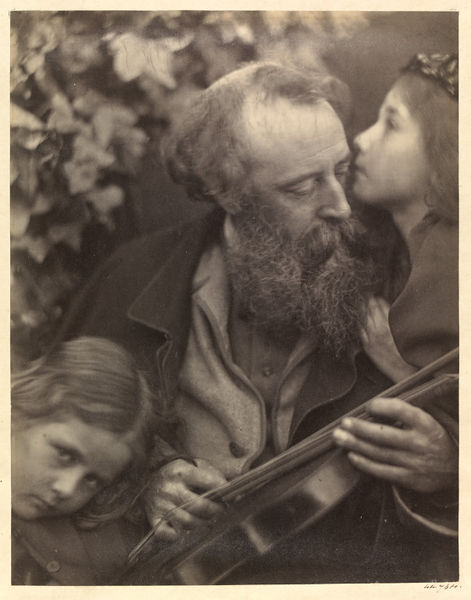