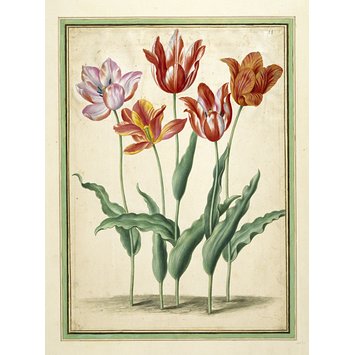 This image of tulips demonstrates Walther's skill in decorative composition. Though the tulips are evidently 'arranged' to present a formal bouquet-style grouping, the natural habit of the plant is approximated.

Florilegia tend to show several varieties or colour variations of the same flower - above all the tulip. This plant was valued for its tendency to 'break' and produce bizarre new colour combinations. Here, the petals are painted in varied and beautiful stripes and flames, while the stems are arranged to present a bouquet-style grouping. 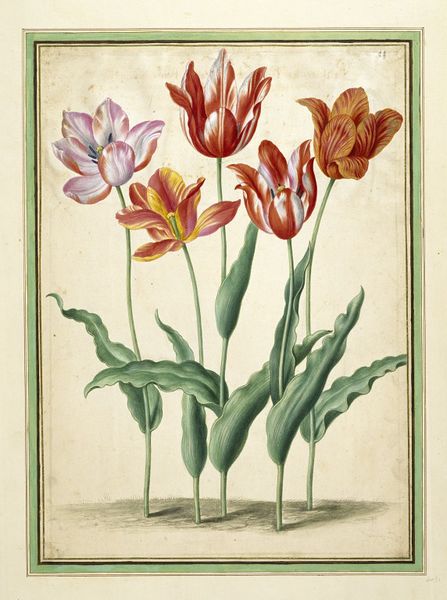