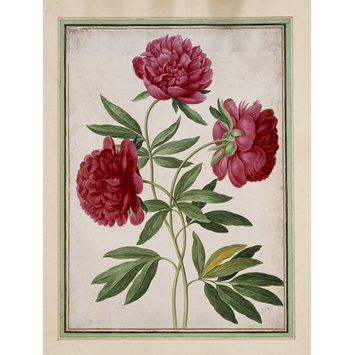 There is a naive formalism to Walther's illustrations which supersedes and often precludes naturalism. The stiffness of his plant portraits mirrors the formal plantings of seventeenth-century gardens, with each plant 'displayed', set at a distance from its neighbours. Plants naturally single-stemmed and erect in habit were preferred - tulips, crown imperials, narcissi, hyacinths, foxgloves, lilies. In Walther's illustrations even those of a spreading or bushy growth such as paeonies and roses have imposed upon them an upright posture, so that each flower can be shown in isolation. The paeony is supported here on impossibly slender stems elegantly entwined so that the composition accommodates and balances each flower.

The 'Nassau Florilegium' consists of two volumes of watercolours recording the plants in the garden at Idstein, near Frankfurt, created by the Count of Nassau. Walther's plant portraits mirror the formal plantings of the 17th-century gardens, in which each plant was set at a distance from its neighbours. Here the peony is supported on impossibly slender stems, entwined to form a balanced composition. 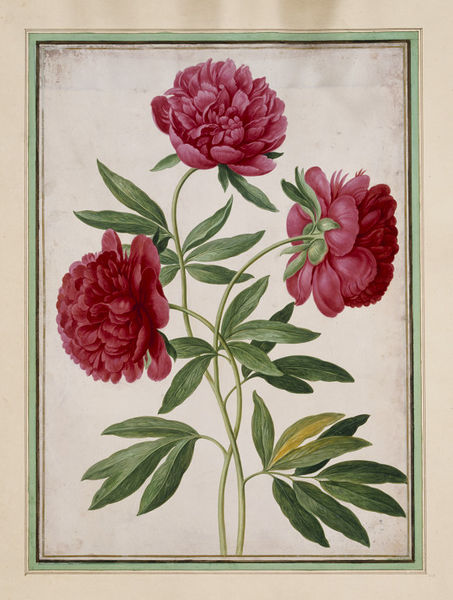