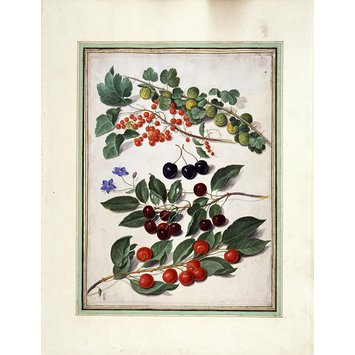 This naturalistic study of branches is one of several still-life compositions that conclude the work with native and exotic fruit, vegetables and picked blooms, insects and birds.

The 'Nassau Florilegium' recreates the entire world of the Idstein garden. It includes a fountain grotto, architectural studies of the octagonal pavilion, and a panorama featuring the owners of the garden. This naturalistic study of branches is one of several still-life compositions that conclude the work. They show native and exotic fruit, vegetables and picked blooms, insects and birds. 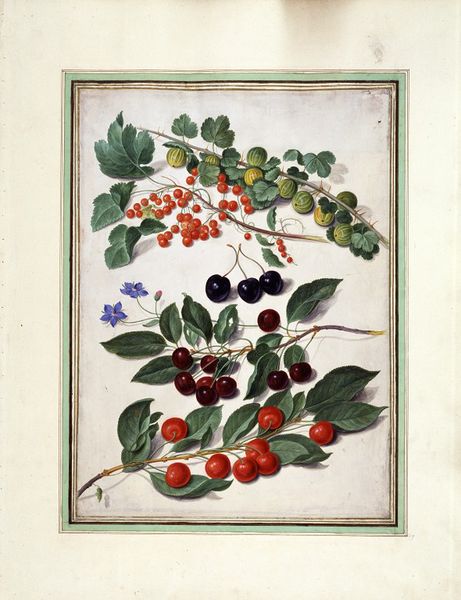