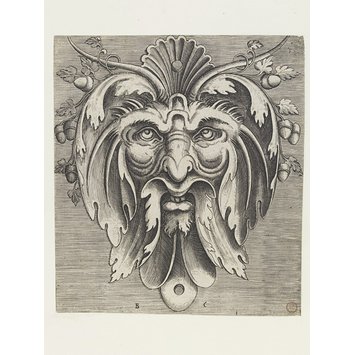 Facial mask composed of vegetation with acorns and oak leaves, horns and a shell.

signed with monogram B C, others from set by Franc Huys 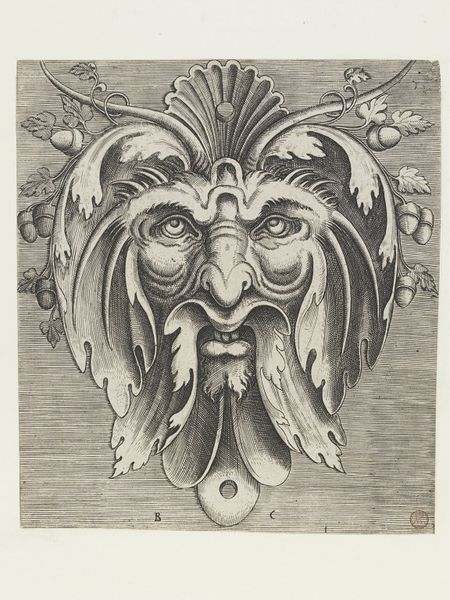