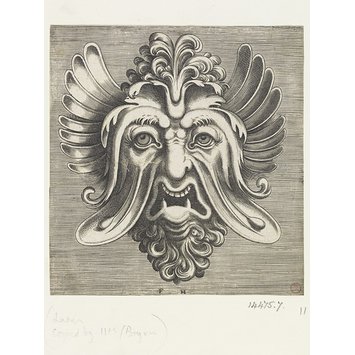 Facial mask with a growling expression, ears formed from feathers and curly hair and beard. 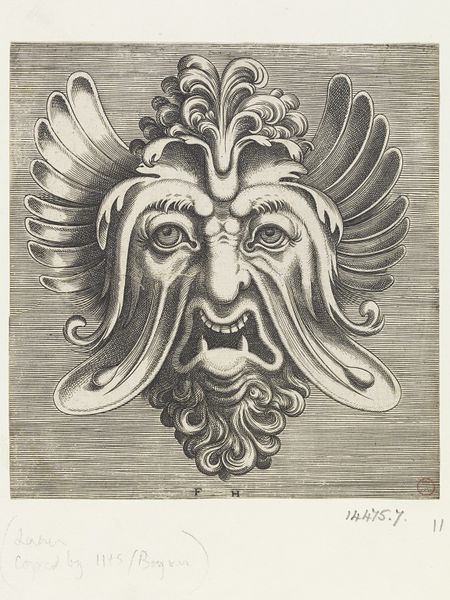