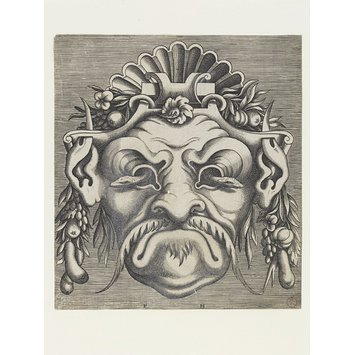 Facial mask composed of vegetation with snakes coming out of the eye sockets, apples, pears, grapes, carrots and garlands and a shell motif at the crown. 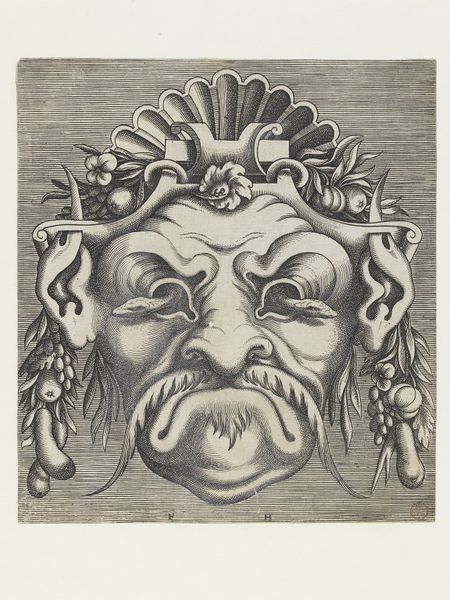