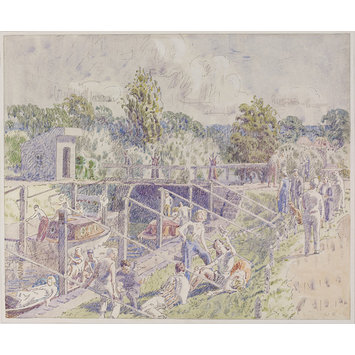 Watercolour; signed. View of the lock on the River Thames on a sunny day. The scene is busy with boats on the lock and groups of people at leisure on the bank.

'W B'
Signed at lower right 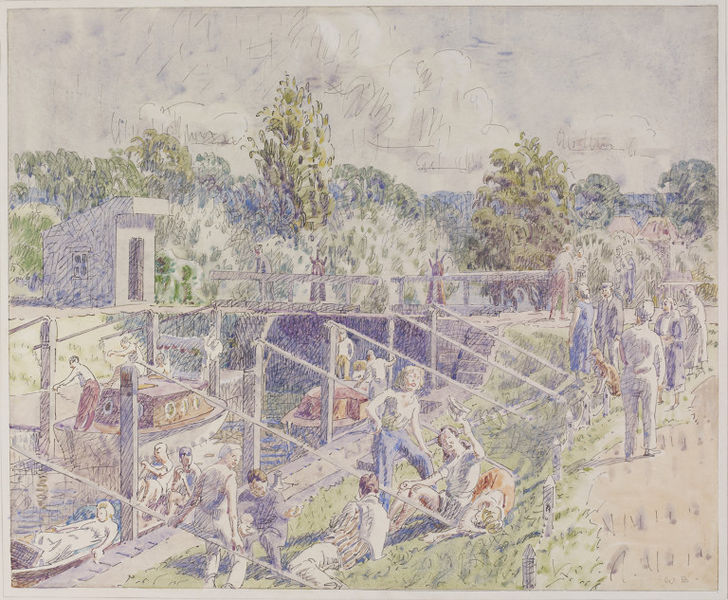