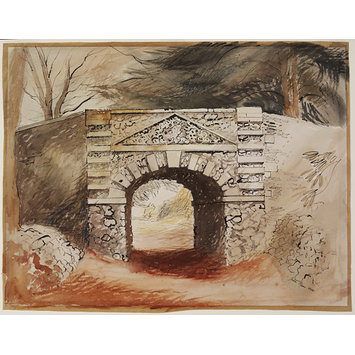 The Tunnel in the grounds of Buckland House, near Faringdon

Watercolour; signed and dated. View of an ornamental tunnel in the grounds of Buckland House, laid out in the 18th century.

Watercolour by John Piper, 'The Tunnel in the grounds of Buckland House, near Faringdon', from the Recording Britain Collection (Berkshire); 1940. Signed and dated. 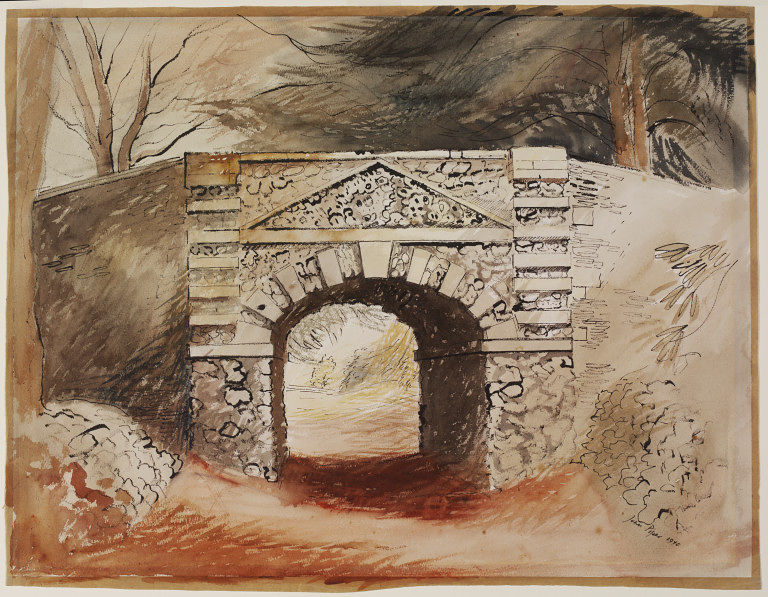