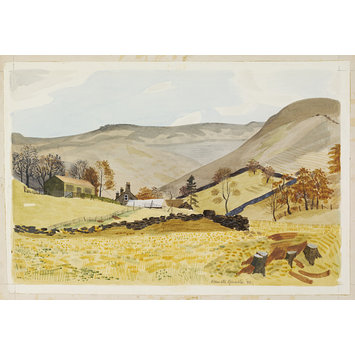 Watercolour; signed and dated. View of farm buildings just seen in a valley, with hills rising in the background.

'Kenneth Rowntree. '40'
Signed and dated in pencil at lower right 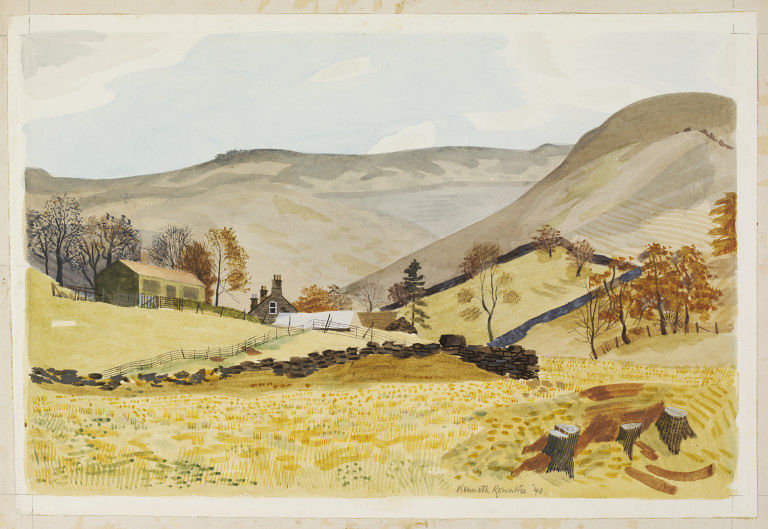