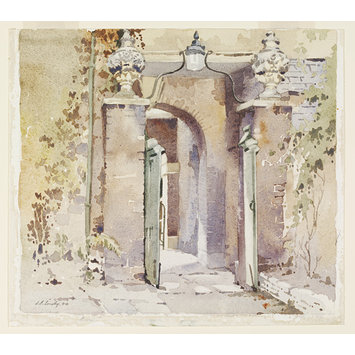 Watercolour; signed and dated. View of an arched gateway with columns at either side topped by ornamental urns. 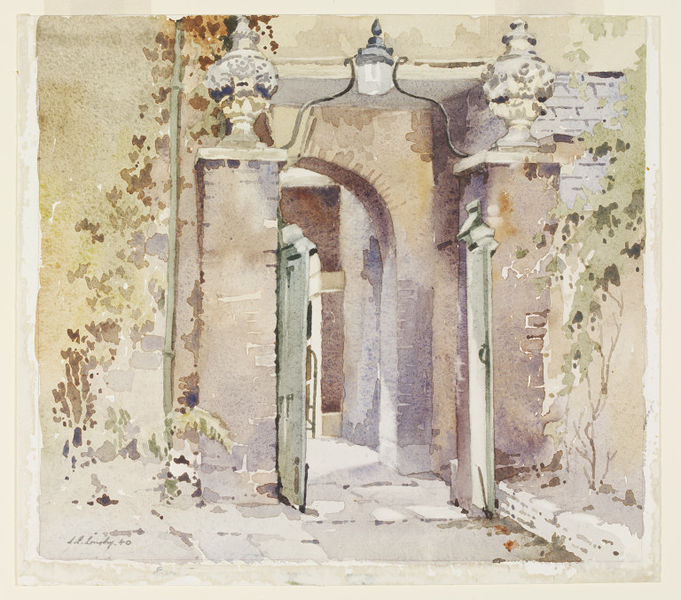